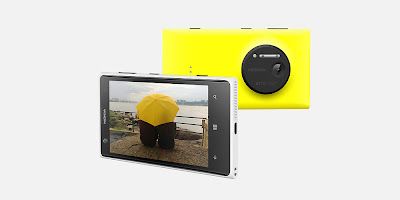 Nokia 130 – a new cell phone for 80usd, a novelty from Microsoft

Nokia became famous for its indestructible "dumbphone’u", or "ordinary" cell phone, the Nokia 3310. There are almost legends around this model, talking about the endless battery and indestructibility of this device. Nokia, under the watchful eye of Microsoft, is about to launch a new model, the Nokia 130, after nearly 15 years since the launch of the 3310.

This is an ideal solution for those who cannot afford to buy a smartphone or for those who simply do not need one.
The Nokia 130 features a simple design and small size. It is available in 3 colors: red, white and black. The phone hides basic functions that used to be the pinnacle of phone requirements and are now still fully sufficient functions for many users.

Standard option calling i messaging, and for this music player, FM radio i flashlight – For many users, this is a fully satisfactory set. Display with resolution 1.8 inches makes the phone battery last much longer than smartphone batteries and the user will not have to worry about daily charging. According to the manufacturer, the phone can last up to 36 days without charging.

Nokia 130 is the so-called. Dual SIM, that can fit 2 SIM cards inside. It can be enriched with 32GB memory thanks to the Micro SD card. The phone is expected to cost approx.

80 zloty (19 euros or $25) and will go on sale next month.
As you can see, in the age of smartphones there is still a demand for traditional models that "just call and text". It should be remembered that nie every user needs a smartphone. Nokia 130 is a good solution for older people, but not only.

If someone owns two phones – for example. private and business – instead of carrying around two smartphones, one combined with a second, "regular" handset can be fully sufficient for the user. The Nokia 130 from Microsoft can also serve as a spare phone, which will always come in handy in any home – at this price, you certainly won't regret buying it. Let's also not forget that many Poles buy smartphones, so to speak, out of compulsion, since the market lacks upgraded models of ordinary cellphones.

For such people, the Nokia 130 can be an ideal solution.