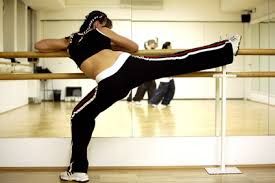 App lock – a simple and effective way to protect our data

Most of us have borrowed our mobile device at least once in our lives. For a shorter time, when we let someone make a call or send a text message, or longer, when one of our friends has the opportunity to test the latest smartphone model or mobile game. It also happens that we lose the device. In any of these situations, we should take care of the security of the data, stored on the smatphone or tablet.

One method of protection can be to block access to selected applications.
Application blocking on Android
Google's mobile system allows for quite a bit of personalization. Unfortunately, the multitude of devices available on the market, has led to a lot of fragmentation of this OS. Depending on the model of the device, you can have Android in different versions, which may additionally differ in the version of the graphics overlay.

What's more, any user of this system can independently change the factory launcher. Some of them (Samsung's or HTC's factory overlays, but also the third-party Nova Launcher), have an option to hide – or disable – installed apps. However, this is not a completely safe and accessible way for everyone.

Therefore, universal applications have been created that allow you to safely hide installed software.
AppLock – one of many alternatives
The Google Play store is full of programs that allow you to block access to applications. There is no point in describing all of them, so we will present one of the most downloaded and best-rated programs of this type, which is 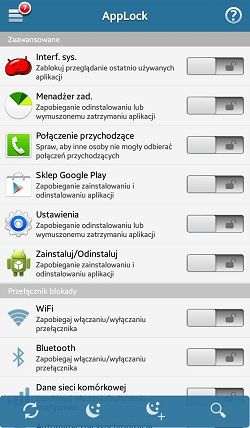 is AppLock.
AppLock operation is intuitive. To begin with, right after the first launch, you should create a password to access it. Optionally, a "security email" can be saved, which is used to reset the password.

In the AppLock settings there is also an option to change the security method to a pattern. The aforementioned password will be needed to run blocked programs, as well as the AppLock’a itself.
The app's main window consists of a list of services and installed programs. Just by swiping your finger, you can put a lock on access to any installed application, but not only. AppLock allows you to block the ability to receive incoming calls, change device settings or uninstall/install programs.
In the menu that slides out from the left side, you will find some additional features of the described app. An interesting solution are safes for photos and videos, which allow you to password-protect (and optionally hide in a gallery) any number of such files. We also have the ability to configure security profiles (the default guest profile blocks m.in. access to Google Play, the ability to install and remove apps, as well as access to Gmail, sms messages and the system gallery), which can be activated not only independently in the app menu, but also temporarily, through the timer lock function.

In addition to time-based blocking, AppLock offers location-based blocking, which is determined by the WiFi hotspots the device connects to.
The developers have taken care of a pleasant to the eye, and at the same time functional and intuitive, graphic design. The program is available in Polish language version. Importantly, it's free, as long as you agree to minimally intrusive ads.
Locking apps on iOS 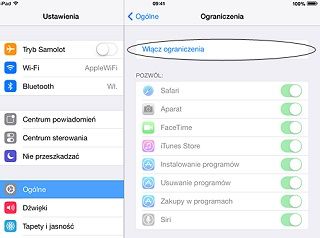 In the case of Apple devices, the application locking options are quite modest. Of course, there is a solution to limit access through the built-in iOS parental controls, but they are limited only to selected applications and features of the iPhone’a or iPad (Safari, camera app, iTunes, Siri or installing and removing programs). Once you set up a PIN and block selected apps, they disappear from the device's home screen. Unfortunately, the predefined list of applications that can be blocked is quite modest.

It is also not possible to add more.
The best ways to hide your activity
Blocking access to selected apps, or other device resources, is a great way to protect our data. Of course, the solutions described above are not exhaustive. Those who want to be even more concerned about their privacy should read our earlier text on "treacherous smartphones".

It was written in relation to a decidedly different situational context, but the information contained therein can certainly positively affect the safety of not a single user, regardless of his motivations ;).
Source:
http://www.domobile.com/
http://support.apple.com/kb/HT4213?viewlocale=en_EN