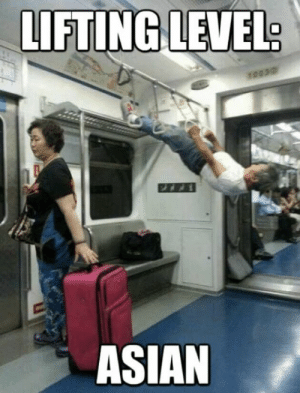 A 17-year-old from Poland, Mateusz Mach, is the creator of the Five App, which has already gained the attention of foreign media despite the fact that it premiered just a week ago. The app is used to communicate using hand gestures, and was created for communication among hip-hop music fans. Despite the seemingly saturated mobile messenger market already, Five may find quite a large audience for itself, especially among young people – but not only.

This is because the application quickly recognized the potential to make communication easier for deaf people.
Mach created the app-communicator, which was initially intended to be used by hip-hop fans to communicate using the group’s signature gestures. However, gestures are such a universal message that the app quickly moved beyond the initially narrow circle of its original target audience. A thumb raised up or down, an exposed middle finger or two fingers raised in a “V” form are so universal that they need no additional words of explanation.

The versatility of gestures, and at the same time the possibility of their „encryption” can ensure the success of the app.

A gesture that means more than a thousand words

Why gestures? Sending a single gesture turns out to be faster than writing a text message, and at the same time has more content and variants than, for example. Yo message. In addition, a gesture can have a much broader semantic meaning than a few tapped out words. It’s a fast, simple and at the same time quite “entertaining” form of communication, Compared to traditional text messaging.

Gestures from the Five App can also be sent via messenger Facebook Messenger. In addition to the ease and sibilance of communication, another advantage of communicating via Five App, is expected to be discretion, because an outsider „viewer” will not know or understand the meaning of individual gestures, which may be known only to a limited group of people (giving teens the opportunity to hide their conversations from nosy parents or teachers). Thanks to encryption, gestures are “safe” in the app, a the gesture creation tool allows the creation of more than 40,000 new messages, to satisfy each user’s need for expression (or to create their own gesture cipher to communicate with a narrow group of friends).

The potential was quickly seen in the app communication through sign language, which for the deaf is a more natural and easier method of communication than written language. Current deaf users of the Five app reportedly greatly appreciate the ability to communicate using gestures, and would love to see an even wider range of them in the app. This has motivated Mach, which is said to have already is working on expanding the app to include a built-in sign language dictionary – International Sign Language (ISL) – where gestures will stand for specific words, making it possible to send just a few gestures instead of typing a dozen or more letter messages.

Perhaps in the future, the Five app will develop into an expanded application dedicated to the hearing impaired, providing a unique translator for sign language.
As we well know, Poland is a hinterland of talented and highly successful app developers. Mach may also join their ranks any day now. He plans to present his app (and seek investors and further path of development in the industry) during the Bitspiration Fesival, which will take place next month (22-23.06.15 r.) in Krakow.