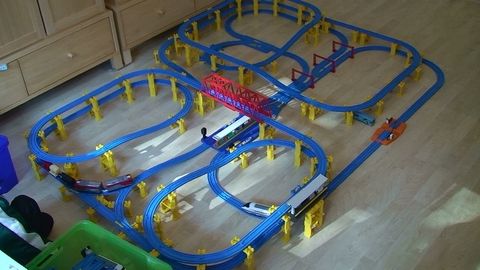 How to choose a strategy for the promotion of a mobile application – “5 minutes in the limelight” or maybe “permanent position”?

An app that achieves full success, gains immense popularity, and also provides a lifetime salary is probably the dream of every mobile app developer. However, there is a very long way from an idea to the release of an app and then its success. You can take care of a fantastic idea, cooperate with the best, take care of the perfect visual design of the app itself, as well as promotional materials, come up with the best possible advertising campaign, and then…have less than 100 app downloads.

How to prevent this?
The creation of a successful application must be approached with a fair amount of distance and humility, because you never know what kind of reception the finished product will actually meet with. One should keep in mind that:

Whether we want it or not, the number of app openings and user engagement decreases after a while – always. Almost always. However, there are two paths that can be followed in taking the path to app success. The first is the “superstar strategy”, difficult to implement, but bringing significant and quick profits, guaranteeing the app its own “5 minutes”.

The second strategy can be called “stable victory” – the application brings a steady, regular profit, but these are not necessarily very high amounts, the application also does not create an exceptional buzz around itself.

5 minutes in the limelight

Application “superstar” is basically a veritable ideal. A perfect marketing strategy, a large market niche and a product of exceptionally high quality are the main features ensuring its victory. There is one condition – the above points must occur simultaneously, with no exceptions. These apps usually come out from the most popular and considered the best developers or companies.

The average period of popularity of such an app is short – such apps become unfashionable or boring after a while, but then the company releases a new “superstar” app, generating profits anew. The application can be kept “alive” by introducing new content and continuous updates. “Superstar” apps also gain user interest through promotions in other media, favorable ratings, reviews or articles. These are mostly apps (very often games) that have caused widespread “hype”, not only among users, but also among mass media – e.g.

The once-popular Flappy Bird game or Yo app, which the whole world talked about for a moment – and after a while almost everyone forgot about them.

However, if creating a near-perfect app seems too difficult a task, it’s worth a try second strategy and create An app that is fairly average, but which will bring a steady and stable income. These types of apps will not create a big media hype around them, and their success is based on user reviews, positive feedback from bloggers or moderately good advertising. Ideally, such an app should be among the recommended apps in the App Store or Google Play – whether as news or as the most popular apps. The ways of promoting these types of apps are not extraordinary by any means, and in fact average.

Typically, these types of “established” apps are those that fall into the category of utility apps in the fields of finance, health, travel, productivity or just broadly defined lifestyle’s, rarely are they games.

Why the app is not successful?

It is important, when creating an app, to be decisive about the chosen strategy, and then to implement it consistently. However, if you’re wondering if your app has any chance of success, or why your current app isn’t meeting with the success you expected, it’s worth asking yourself a few questions: