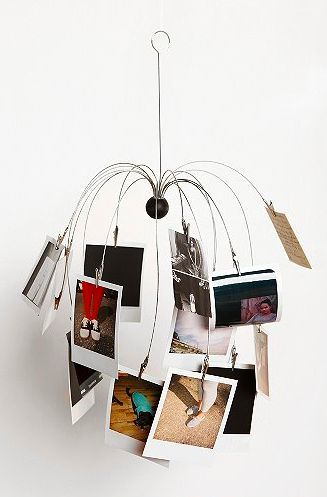 Along with social fashions, the world of advertising is also changing exploring new areas and opportunities. Nor is it resisted by the mobile device market, which is growing year by year and is already becoming one of the main targets of marketers. So it’s worth learning more about past, current as well as future trends in mobile advertising in order to anticipate the upcoming situation and be able to meet market demands.

What the future holds?

According to forecasts from the eMarketer portal.com Mobile ad spending in 2019 will reach $65.9 billion, which will account for as much as 72% of the money spent on digital advertising (currently 28.7 billion and 49% of the market share). In theory, these numbers should not come as a surprise, given the near-declining popularity of smartphones, tablets or wearable devices already storming the market (e.g. smartwatches). After all, as their users, we often encounter ads in the apps themselves, as well as on websites opened on mini browsers.
Based on the thoughts of mobile marketing specialist Phil Larmon, let’s consider how the mobile advertising market will look in a few years’ time.

The number of mobile devices already exceeds the size of the human population (a ratio of 7.5 billion to 7.2 billion), and it’s not hard to guess that it will increase even more in the years to come. More illustratively, however, a concrete example should work – every 20 seconds our population grows by 50 people, while the number of mobile devices created in the same period is seven times higher. Sevenfold!

In one survey, as many as 64% of people said they wanted to buy a wearable device. Meanwhile, the Cupertino-based giant recently joined the ranks of corporations with „their own” smartwatch (Motorola, Samsung, Sony, LG) with its Apple Watch. Interestingly, this is the first Apple product in many years that has not resulted in overly flattering reviews. This shows that it is difficult to design a device so personal that it adheres to our bodies.

Apple itself, however, predicts that profits from the Apple Watch are expected to account for about 36% of the company’s revenue in 2022.
The market for „Wearables” has been growing for some time now, with successive versions of Android Wear. Only in the future, however, will it reach its true heyday. The very personal form of wearable devices is also their main differentiator, which can encourage people to buy them.

After all, they are an „extension” of the functionality of a regular smartphone, also providing new capabilities such as monitoring the owner’s activities. In addition, the value of „wearables” can be raised by applications dedicated to them – in this case, however, we must count on the ingenuity of developers (example here).

At a time when every second device has the word „smart” in its name, we should become aware of how the Many of these „smart” devices collect information about us and how many of them will send them to the web later on. In the future, the Internet of Things (ordinary hardware connected by the Internet) will continue to expand, and our lives – at least in theory – should become simpler. However, this will be at the expense of the increasing amount of data provided by everyday devices.

For example, it can be information about the programs we watch on our smart TV, which will provide marketers and advertisers with many relevant clues, regardless of our will.

Few marketers want the ad they create to actually feel like an ad. Particularly as a huge number of pop-ups, advertising videos, etc. litter the Internet. Forces users to use the ultimate weapon – the so-called “adware”. ad block. This is why so-called native ads are already becoming popular, that is, ads that we would often not even describe as advertising. We usually find them in quite unexpected places and won’t even realize what function they actually serve.

Native advertising is something like non-invasive product placement or informative text/video that is also an advertisement for a product. Such forms of promotion result in greater customer engagement and, of course, do not repel with pushiness. At the end of the day, the user does not become a victim of another annoying advertisement, but of fully valuable material, serving at the same time as a form of promotion (another example would be Facebook’s post promotion features, which recently launched a manager to help create native ads).

A common problem with advertising, especially on mobile, has proven to be that there is no real guarantee that the customer will actually pay attention to it. Admittedly, some companies or application developers offering their marketing services guarantee 100% noticeability of the promotional materials they post. Unfortunately, it is quite difficult to determine whether the recipient actually noticed the ad, even if it was delivered under his or her nose.

Thus, we are dealing 100% guarantee of delivery of advertising to the right place, Not 100% guarantee of visibility.
The advertising industry will finally have to learn that there are too many factors that can affect the noticeability of an ad – such as how a user uses a particular website or mobile app in which marketing materials are displayed.

6. India will become (or rather, already is) a mobile giant

Mobile hardware may seem like a logical consequence of digital evolution. However, there are many countries on the frontier of modern societies, for which mobile technologies are the first step on the road to development.
A perfect example in this case is Indian society, which in recent years has boasted an ever-increasing level of „adoption” of smartphones. Thanks to the mobile internet, they are a real window to the world for Indians. This is primarily due to the low availability of expensive and often poorly implemented broadband Internet connections. India is, after all, a huge country of more than a billion citizens – but the country’s level of overall development does not allow everyone to be connected by a fixed Internet network.

So the alternative becomes cheaper and simpler mobile internet.
The industry has already noticed an existing income opportunity in India and similar countries. That’s why the number of mobile devices manufactured for the markets there continues to grow (in 2022, the number reached more than 250 million in India). India is thus becoming the fastest growing smartphone market, with a particular focus on mobile apps.

As a result, Indians can expect a real boom in ads on their mobile devices.

The mobile ad industry is currently fragmented on many levels. Every year the industry gets its hands on new technologies that take advantage of the capabilities of mobile devices. As a result, the mobile ecosystem is growing at a tremendous pace – too fast to keep up with it.

When mobile advertising was still in its infancy, there were many problems to deal with somehow. The companies have built various repair technologies and solutions. However, we currently have too many of them, and the industry needs consolidation – fragmentation causes many complications, and the implementation of marketing campaigns is made more expensive and labor-intensive by them.